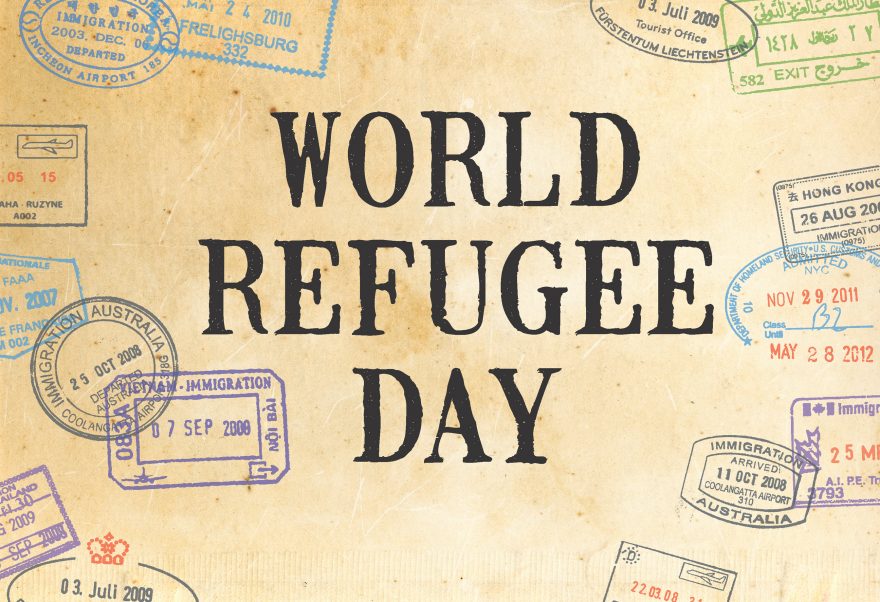 Today, June 20, is World Refugee Day. I don’t post much about the work that I do with refugees, mostly because I can’t, and because I don’t want to use my friends (who are refugees) to promote what I am doing. My life is not about me, it is about those whom God has placed around me.

Here are a few somewhat numbing statistics to show what kind of a crises we are dealing with.

“A record 65.6 million people were forced from their homes in troubled areas of the world by the end of last year, the United Nations said on Monday. Global Trends, the annual report from the UN refugee agency, said “forced displacements” took place every three seconds. It said 22.5 million people – more than half of them children – were classed as refugees, having fled conflict, persecution, violence or breaches of human rights.
Most of those under the agency’s mandate came from Syria (5.5 million), Afghanistan (2.5 million) and South Sudan (1.4 million). The global community of refugees includes 5.3 million Palestinians, who are registered with the UN agency for Palestinian refugees. In South Sudan, officials warned about an escalating crisis, where civil war has killed many people and caused ethnic genocide. The number of South Sudanese refugees has risen to about 1.9 million this year, with a similar number internally displaced, said the UN refugee agency.” The National.

Lets break this down a little bit. I work at a school in San Diego where 90% of the students are refugees and immigrants. Before moving to San Diego in 2016 I had only seen pictures of refugees, heard stories and watched documentaries. I had prayed many times for Gods peace and rest to come upon the refugee, but I didn’t have a face, a name or any relationship. Then, in mid 2015, Aylan Kurdi’s body washed up on shore, wearing a red t-shirt, sneakers and blue shorts and everything changed.

Four months later, I found myself living in San Diego, the city that has taken in more Syrian refugees than any other city or town in the USA. I was meeting Syrian refugees, serving them, hearing parts of their painful stories and bringing hope. Today, I have many close friends who are refugees and who came here as refugees when they were children. I no longer see these friends of mine as refugees though, I see them as people who make me feel special, people I laugh with, share a meal with, fast with and share hurts and dreams with. I am not the savior of the refugee, in fact, in many ways they have saved me. Some of my deepest relationships in this city are with those who have come here as refugees. They are not a threat, they are not the enemy, they are my neighbors, brothers and sisters.This world refugee day, I encourage you to pray for the refugee crisis. Not only that, find a way to get involved with refugees in your city or town. Refuse to listen to the lies that they are dangerous, and instead, live the call of Jesus Christ to welcome the stranger (Duet. 10:19), and treat others as you would want to be treated” (Matthew 25:40).  Go down to a refugee resettlement agency in your city and ask if they need help.

Go on World Relief’s web site and sign up to pray or serve. Go to a protest against banning refugees from coming into our towns. Come against the hate, fear and ignorance of so many and offer life, hope and truth.
Jesus was a refugee. He came into the world and brought salvation. Today, welcome the stranger and do not neglect to show hospitality to strangers, for thereby some have entertained angels unawares. Hebrews 13:2.