Previous Post New Thoughts On Justice Through A Birth. 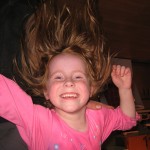 In so many countries having a boy is a treasure, but having a girl is a bit of a let down. Places like India where if you have a girl you have to pay a bursary to the family she marries. As a result many families will do illegal gender based abortions till they have a boy. Many countries in the Middle East a girl is a bit of a disgrace. She has no rights and can’t even show her face. Places like China have a one child policy so girls are dumped upon delivery so that they can get their one boy. Thank the good Lord that this doesn’t happen here in N. America. Wait, it does.

I can’t even count the amount of times I have heard this statement from people when we told them that Eliza, our new born was a girl. “Wow, three girls hey. Well, guess your gonna have to keep trying till you get that boy.” Or, “you are going to have to have one more child. Gotta get that boy and carry on the Cunningham family name.” Now I know that people aren’t intentionally saying boy’s are better, but they are definitely saying something and it comes from somewhere.

You know what the big deal is about girls? Well give me a moment and I will explain.

– 70% of the worlds poorest people are women

– 2/3 of illiterate people worldwide are women.

– 80% of refugees & trafficking victims are women

– When women and girls earn income, they reinvest 90 percent of it into their families, as compared to only 30 to 40 percent for a man.

– An extra year of primary school boosts girls’ eventual wages  by 10 to 20 percent. An extra year of secondary school:
15 to 25 percent.
Women are undervalued, under appreciated and in most countries they don’t stand a chance. But, when you reach, educate, employ and give a woman a chance she will change the world. That is the big deal about women, and that is why I am blessed, honored, and full of life when I look at the three little girls that Jesus has given us, cause they are going to change the world.