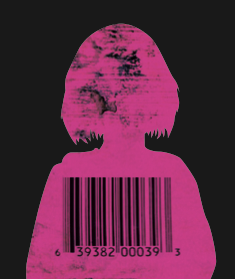 Anna was living a simple life, minding her own business and trying to make enough money for her family to survive. Over day Anna grew to be friends with Peter. Peter would make her laugh, buy her dinner once in a while and play with her kids. Peter knew that Anna didn’t have much money and that she worked hard for what she did have. One day Peter told Anna that he had found her a good job. The work was not as hard as she was currently doing and it payed way more, it was the opportunity that Anna had been looking for.

A couple of day’s later Anna went with Peter to interview for the job. The job was in a nice house in a town a few miles away from her house. The owner of the house told Anna that she would be responsible for cleaning the house, cooking all the meals, washing the cloths and anything else that the owner of the house desired, including sex. The other thing Anna found out is that she had to work 16 hours a day and that she would never be able to go home to see her family again. Anna turned and ran for the door, but Peter got there first and blocked her in. After this, Peter and the other men in the house took turns raping Anna and beating her till she had no strength to escape. “Welcome to your new life” was all that Anna heard before she passed out.

This story is all to familiar to  millions of girls around the world. Approx. 600,000 people are trafficked and forced into some sort of slave labor against their will each year. Where did it start, well it has been happening for thousands of years, and is even written about in the Bible.

2 Samuel 13 talks about a young girl named Tamar. Tamar was beautiful and her half brother Amnon was obsessively in love with her. He could have asked the king for Tamar as his wife, but instead he chose to take her against her knowledge and will. Amnon was advised by his friend Jonadab to pretend that he was sick and ask for Tamar to come and feed him from her hand. So, Amnon did just that, he lay down in his room and asked that Tamar come and cook in front of him and feed him from her hand.

Tamar went to Amnon’s room and made bread in his presence. When she gave it to Amnon he refused to eat. Instead he asked everyone to leave the room and requested that Tamar feed him with her own hand. Tamar, innocently took the bread to her brother and he grabbed her and told her to come to bed with him. Tamar said “don’t do such a wicked thing, instead ask the king and he will not keep me from becoming your wife.”But Amnon would not listen, instead her forcefully raped his sister and as a result ended up hating her with even more passion than he loved her. He turned to Tamar and ordered her to leave, but it was to late, she was disgraced and destined to live out her life a desolate woman.

I have read this story many, many times, and when I came upon it yesterday I wanted to skip over it, but while reading I had the revelation that Tamar was trafficked by Amnon and his friend Jonadab. It broke my heart, just as it broke the heart of Jesus. This weekend, during Super Bowl LII many girls will be sold and bought for sex by random strangers, looking to have a good time. This is not OK. Last week alone 33 traffickers were arrested and four girls were freed from human trafficking. Many will tell you that trafficking does not increase during major events like the Super Bowl, but even one girl is too many.

Take some time today to pray for the events leading up to the big game. Pray for the freedom of girls, the arrests of pimps and the conviction of the Holy Spirit on men looking to buy sex, or that they would get caught and exposed.

We can act from the comfort of our own couches, it just starts with awareness, then prayer.