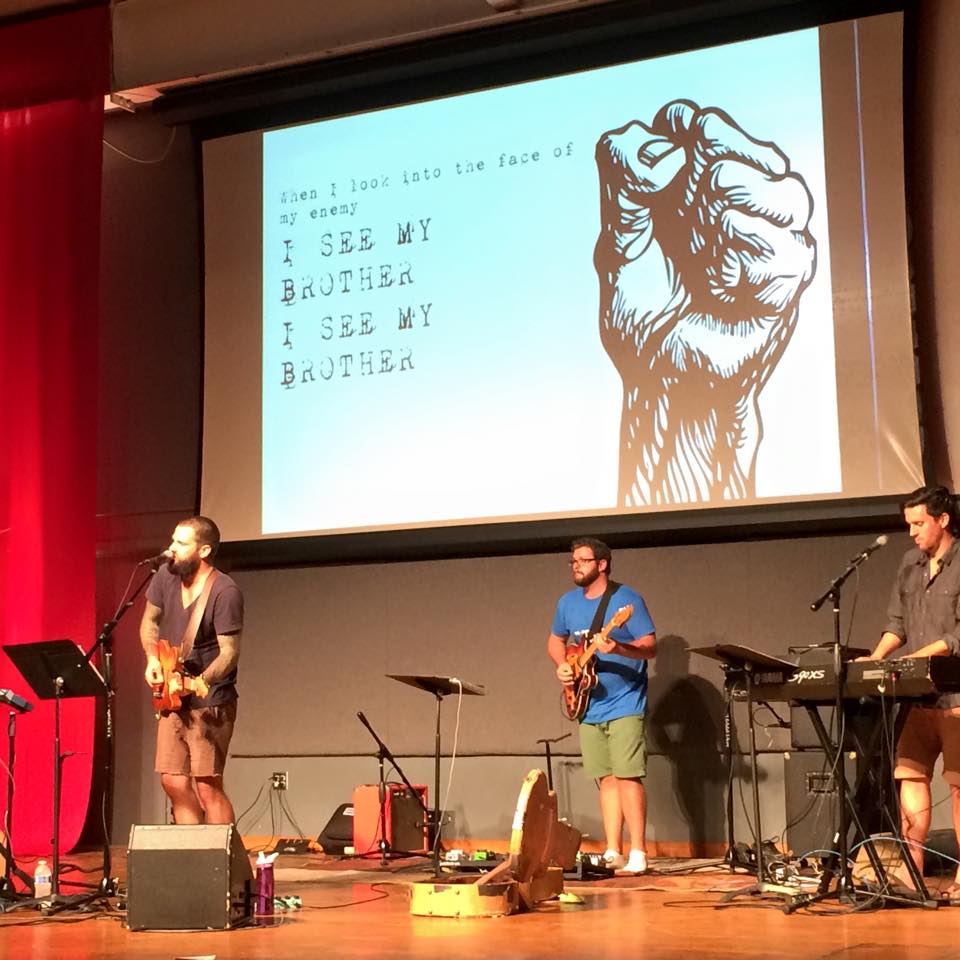 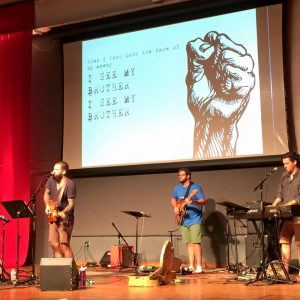 Here is a great review of The Justice Gathering that we held last weekend. Thanks Raymond for this.

KONA, Hawaii — Representatives from local nonprofit organizations were hosted by the Youth With A Mission community this month to discuss how Christians can advance a godly understanding of human dignity. As part of The Justice Gathering — the second in a pair of two-day events held this spring— leaders from a diverse array of charities discussed the need for a Christ-like approach to helping those who are societally disenfranchised. They agreed that the process starts with identifying with those who one would seek to help. Steve Schallert, who led worship both days of the event, told the audience they need look no further than Jesus to see that bringing justice first requires fellowship with those suffering injustice.

“This incarnation, by the way, is the greatest barrier ever crossed,” said Schallert, speaking of Jesus’ choosing to identify with humans by becoming human. Quoting Philippians chapter two, Schallert said if Christians want to be a part of the solution rather than part of the problem of injustice, they must acknowledge that the oppressed are equal to the privileged. He said even though some Christians might have the option of assuming social superiority over the oppressed, they must not take advantage of that.

“Kenosis,” Schallert said, referring to the Greek theological term used to describe Christ emptying himself of his divine rights, “is what justice looks like in public for the Christian.” He said this relates to how much we value all people.

“The central reality of kenosis is that people are precious — period” because they are made in the image of God, Schallert said.

The Justice Gathering was sponsored by YWAM Ships Kona and hosted jointly between its Port YWAM headquarters and YWAM’s University of the Nations campus. It was directed by Phil Cunningham, founder of Steps of Justice—an organization dedicated to helping local churches, communities and activists bring awareness, education and practical help to remedy injustices.

Cunningham said the two-day meeting of nonprofits provides a needed time of collaboration.

“The Justice Gathering and events like it are valuable because they connect like-minded ministries with each other and they connect YWAMers with ministry opportunities right outside their front doors,” Cunningham said.

Joel Rogers, speaking on Day 2 of the event, discussed the danger of seeking to help victims of injustice in a way that could enforce the idea that they are inferior to justice activists.

“How do we speak to our audience while at the same time honoring those we are helping and endeavoring to champion,” said Rogers, speaking on the topic of using media to promote justice causes. He went on to say that a “false image right now” in the activist community is that “Western or affluent people need to stoop down to these poor wretched souls so that we can be that savior for them… and we’re not. Surprise! We’re not.”

Sharee Fox, the founder of Beloved — an organization that seeks to help women recover from spiritual, emotional and substance abuse — said one way to help the oppressed recognize their value is for would-be change agents to understand their own value — a value that’s not connected to social status, but to God’s imprint.

“God is so pleased with what He made and He’s put something inside of you that the world needs,” she said.

Earlier, on a similar note, Cunningham said “We must continue to fight for” the justice causes “that God has put into our hearts.”