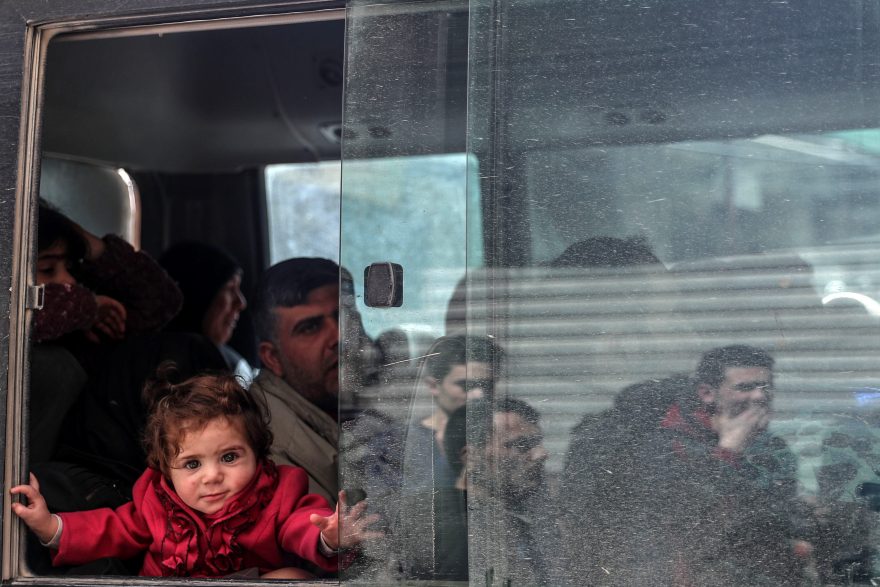 “There’s no easy way to say it—the men, women and children of Syria are living through a nightmare” taken from World Relief.

I work with the refugee community in San Diego. Before this, I knew Jesus had asked me to welcome the stranger, but I wasn’t sure how that looked. There were so many stereotypes on the news and in movies/TV towards Muslims and Middle Easterners. With all the terrorist attacks, and even after 9/11, when I saw a Muslim on a plane, I knew it was safe, but fear of the unknown kept interrupting my thoughts

Now, after working with Muslims, laughing with Syrians, having good theological conversations with Iranians, that fear is dispelled. I realized that the fear was put there by the media, and those who do not understand the idea of humanity, and the second greatest commandment, which is love your neighbor (Matthew 22:39).

The foreigner in this situation is the Syrian. Since 2011 Syria has been a war, leaving millions displaced and living under refugee status. The Syrians are being oppressed by their own government, but God is the God of the oppressed. The Psalmist tells us “Blessed is he whose help is the God of Jacob, who’s hope is the Lord his God. Who executes justice for the oppressed, who gives food to the hungry” (Psalm 146:5,7). When I look at God, the creator of humanity, the one who created men and women in His own image, I see a God who leans into the plight of the refugee, who fights for their cause and who asks us, as His children, to do the same.

Join us over the next 30 days as we do just that, love and welcome our neighbor. We will be sharing interviews with our Syrian friends, talks from others who are working with the Syrian community in San Diego, and exploring ways that you can I can get involved, bring change, and learn from the Syrian refugee community.

Jesus taught us to pray “Thy kingdom come, Thy will be done, on earth as it is in Heaven. If this is the case, and in Heaven we will be in a worship gathering with all the nations, then we need to love, befriend and learn from our Syrian friends, not ban them from coming into our countries.

Photo: A girl looks out from a bus during the second day of evacuation in rebels-held Douma, Syria on March 14, 2018. (photo: EPA-EFE/MOHAMMED BADRA)