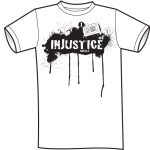 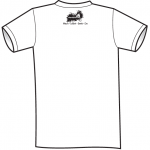 – At any given time, half of the worlds hospital beds are occupied by patients suffering from diseases associated with lack of access to safe drinking water, inadequate sanitation and poor hygiene. This is not right, and it can be fixed

– Lack of sanitation is the world’s biggest cause of infection.

– Of the 60 million people added to the world’s towns and cities every year, most occupy impoverished slums and shanty-towns with no sanitation facilities.

– Dirrahoea remains in the second leading cause of death among children under five globally. Nearly one in five child deaths – about 1.5 million each year – is due to diarrhea. It kills more young children than AIDS, malaria and measles combined.

It is unnecessary disasters like this that prompted Steps Of Justice to begin work on a new sanitation project. Amy and I, along with our good friends Wayne Shauan and Wade Pallister are scheming, researching and working on putting out a new action/prayer guide focussed on sanitation issues. We are also setting up the 2011 Steps Of Justice Cambodia outreach. While there we will be focussing on this issue by going into slums and rural areas and teaching and incorporating sanitation projects like hand washing stations, hair washing, water purification, etc.

Over the next few weeks and beyond we will be posting on these issues and on how we can engage with them. We also have made some t-shirts. If you are interested in purchasing one they are going for $12 plus shipping. All procedes go towards Steps Of Justice and Sanitation projects. The design was thought up by us and created by the great Wayne D. Shauan. The t-shirts will be worn this week in Nashville at the NYWC, so if you are there check us out. The shirts for now are white text on black shirts, so shoot us an email if you are interested in purchasing. I have attached a picture of the shirt above.

Much love to you from the ever growing Steps Of Justice team.