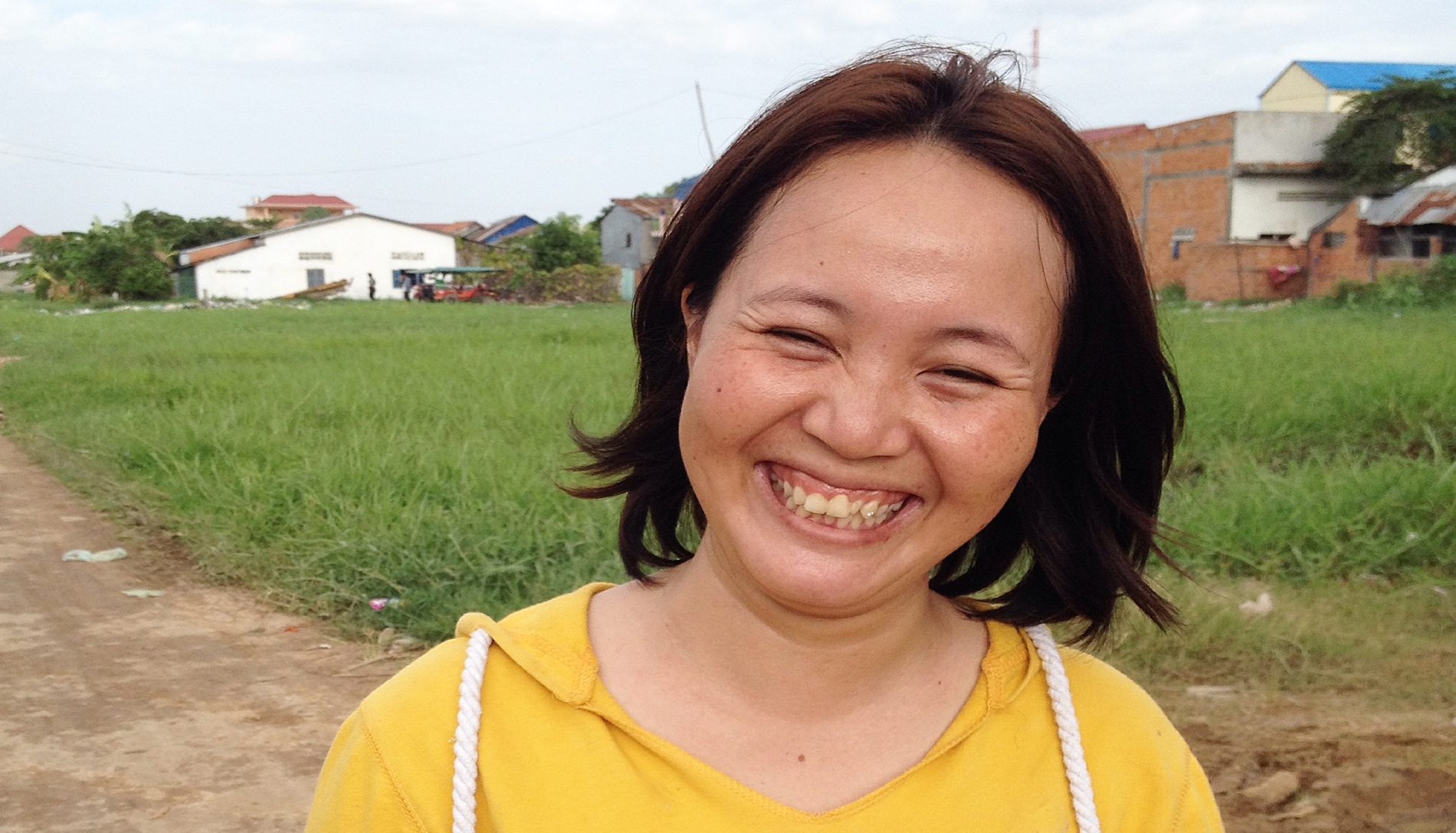 Yesterday the team on the Matthew 25 Steps of Justice Cambodia trip worked in a slum just outside Phnom Penh. There is a ministry in the slum ran by a lady named Pina and her friend Antonia (they have a few male helpers as well). These ladies work in the slum and invite women working in Prostitution to come earn a livable wage doing something else. They opened a salon to train these women in hair care, it is beautiful. They work with other NGO’s who do the same thing around the city. Pina and Antonia raise all their own support to do this.

They also started a school. The school is an A frame building with no walls and a tin metal roof. It has a skinny fence made of tree branches around it. Pina and Antonia have  have built 10 homes for women with families living in the slum, the homes cost $500 and are in a more secure area in the slum, but still in the slum. The homes they built are right beside the school. They are in a fenced off area and have a garden growing down the missile of the street for vegetables and flowers.

Yesterday, we ran the first ever kids program at the school.  They have had teams come before, but just to teach. So yesterday we planned for 50 kids to come and we were going to do a fun 2 hour kids program. We showed up to 0ver 80 kids, plus moms and a few dads. We did stories, songs, crafts, balloons, games, bracelets, and face painting. Then, at night we came back and showed the Jesus film. This was the first time they have ever seen a movie projected, it was amazing and just a touch chaotic.

Half way through the movie Pina asked me to skip to the crucifixion because of all the mosquitos. These poor kids, one second they are watching Jesus hang with his disciples, help people and teach the word of God, then the next second he is on the cross. The probably had no idea what happened. We took some time to explain at the end, which was good. A few people responded to the good news, it was a great night.

Thanks for praying for us during our summer in Cambodia. Just wanted to let you know what you are sewing into, thanks, thanks and thanks. 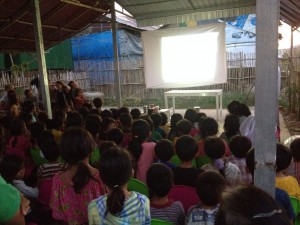 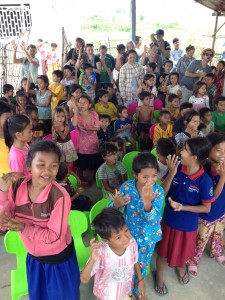