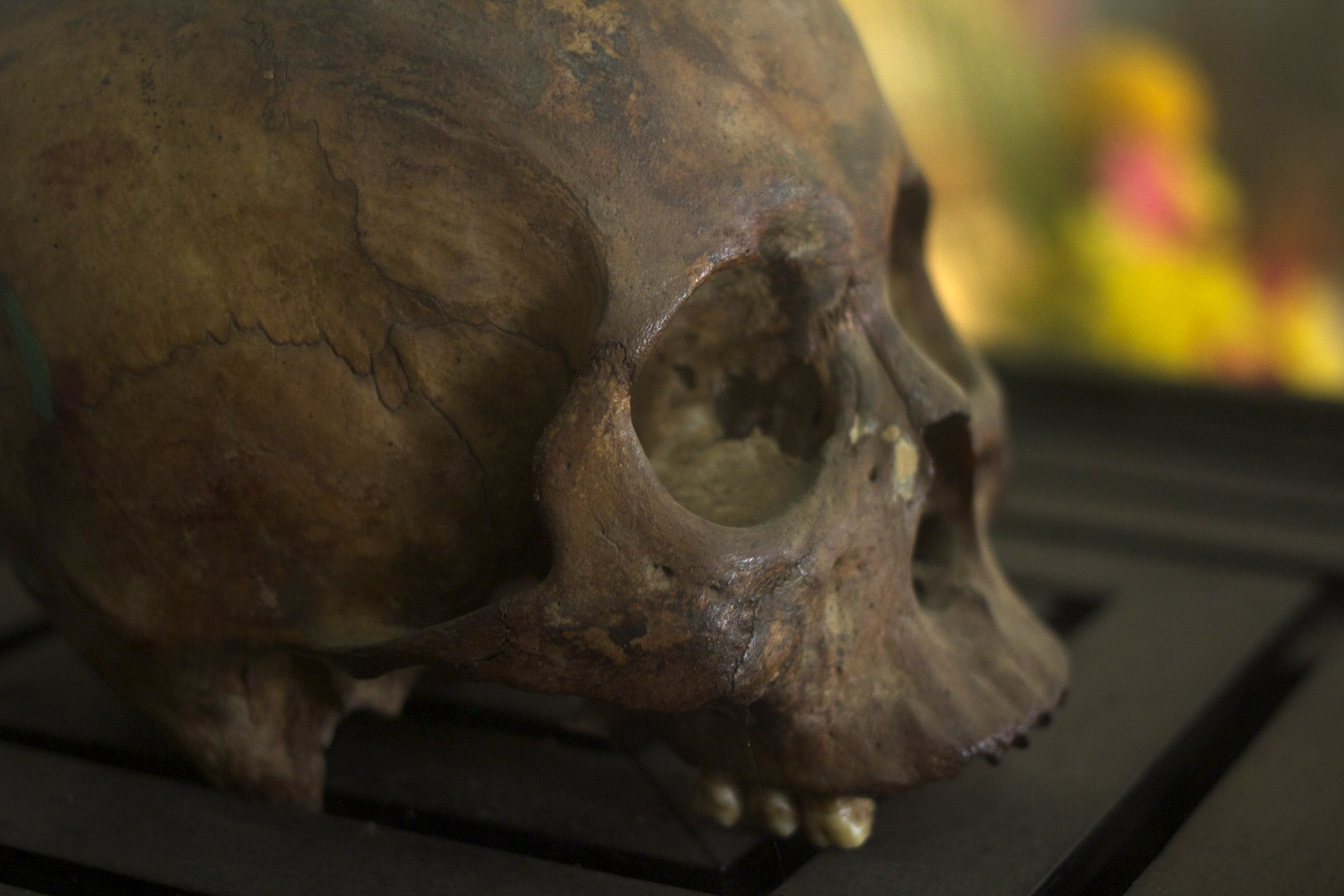 Today’s post is by Joel Rogers, who has joined our Steps of Justice trip on the ground in Phnom Penh. 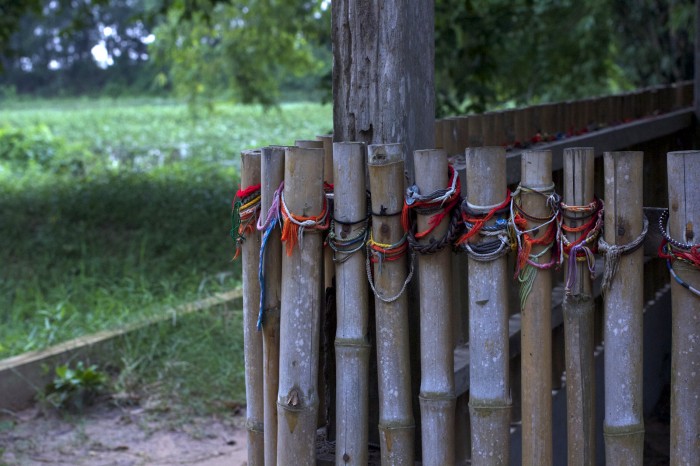 I shudder to think… what if it were my children?

My first day with the Steps of Justice team in Cambodia has been like a slap in the face. Barely 2 hours off the plane and I found myself in a tuktuk on the way to one of the death camps before heading to the killing fields. 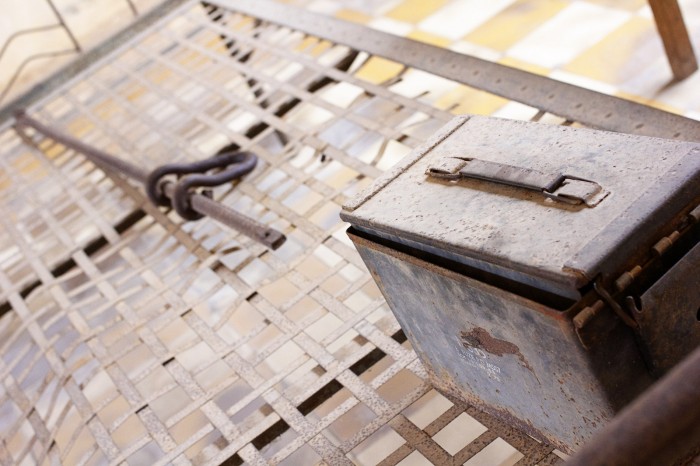 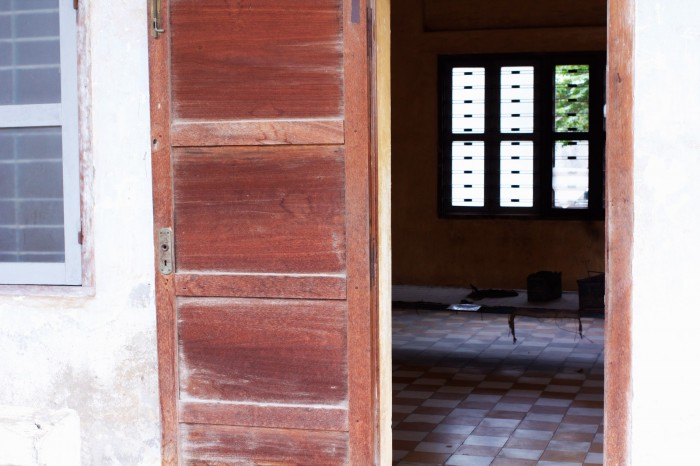 Practically a whole generation were made orphans in this nation that had effectively been severed of its roots in every sphere of society. So many of the injustices that YWAM works to prevent or heal were staring me dead in the eye. 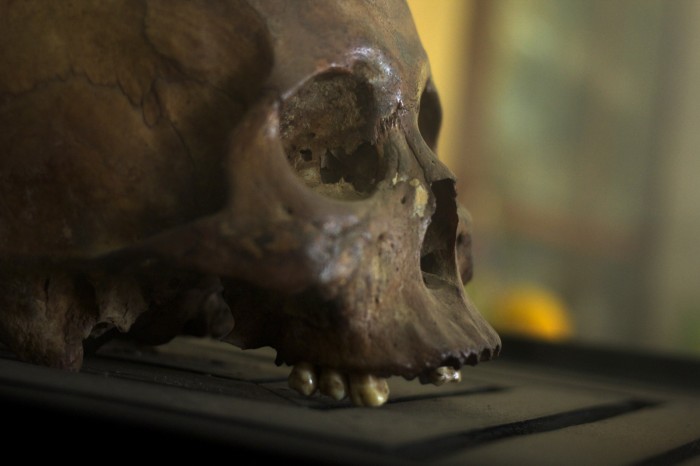 What if I or my children were born into this?

If you choose to look at these photos, I ask that you see them all and read the descriptions on each one. Ask yourself that same question. What if it were me and mine? I walked solemnly through the S21 Prison – formerly the Tuol Sleng school that had been converted to a prison / death camp during what Polpot and the Khmer Rouge regime called “Year Zero”. I can only compare it to what I’d seen at the Dakow concentration camp I visited in Germany where the Nazis killed so many during World War II. 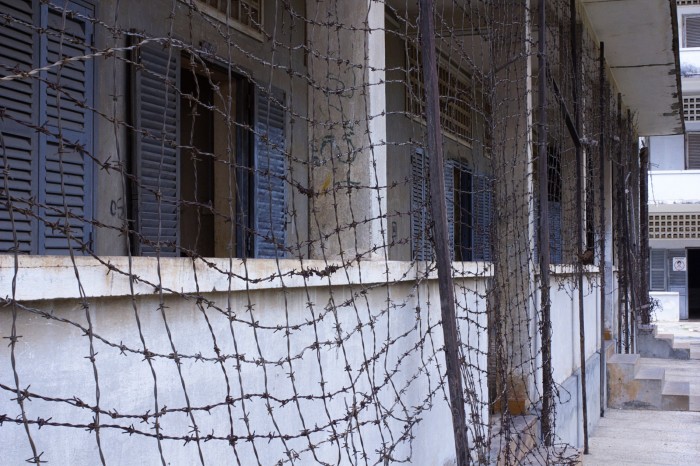 This wasn’t some sanitized museum. The barbed wire still surrounds the classrooms that had been made into torture rooms. 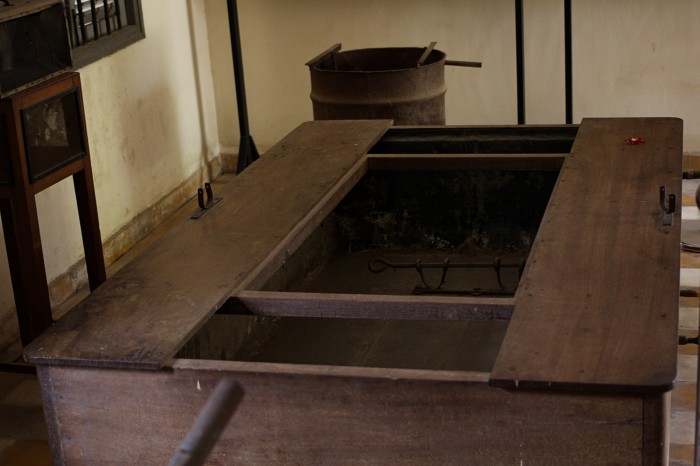 Crude metal instruments for inflicting pain and death were on display above the rusting metal bed frames. 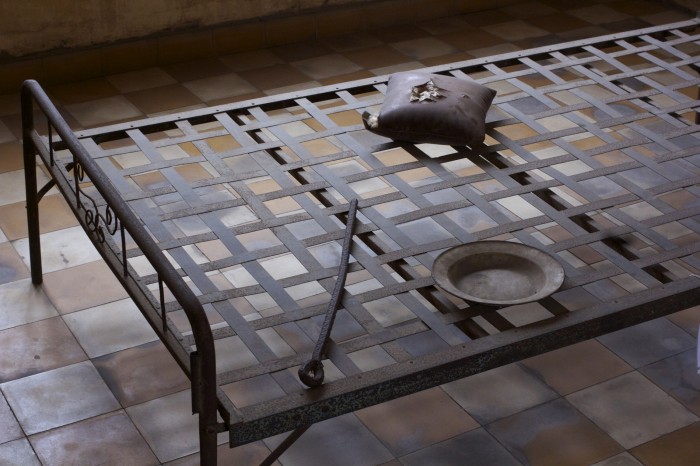 Blood stains remain deeply imprinted on the tile floor. If these walls could speak it would be a deafening scream.

Were the scratches on the wall counting days or bodies? 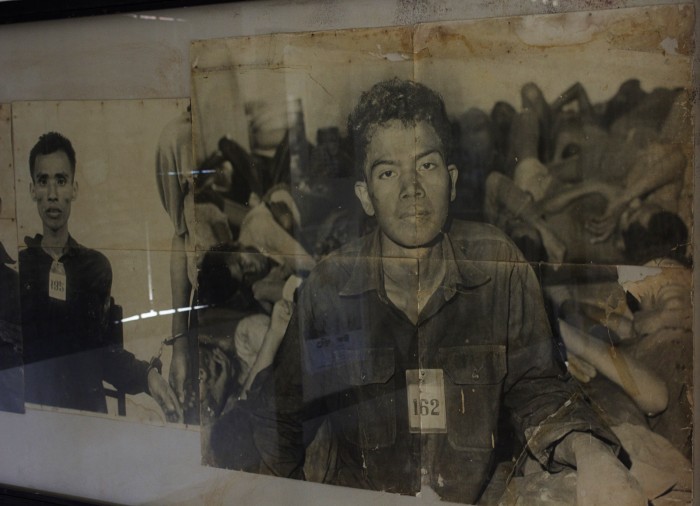 Could the faces in the photographs be more terrified? The paranoia of the Pol Pot regime executed people who were “guilty” of simply being educated… or wearing glasses… speaking a foreign language… having soft hands that weren’t used to manual labor… or being wealthy… 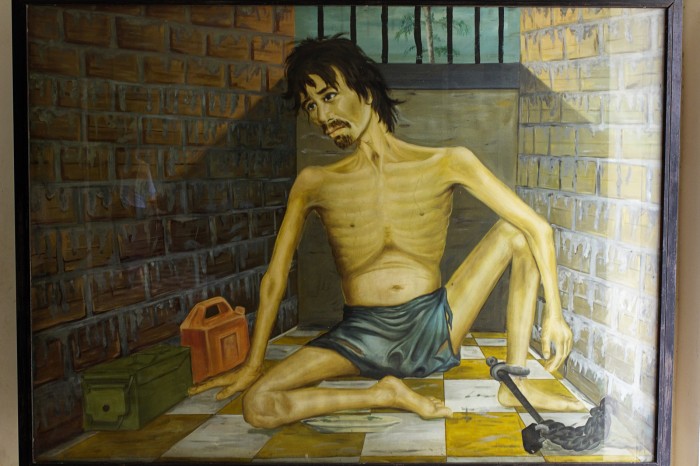 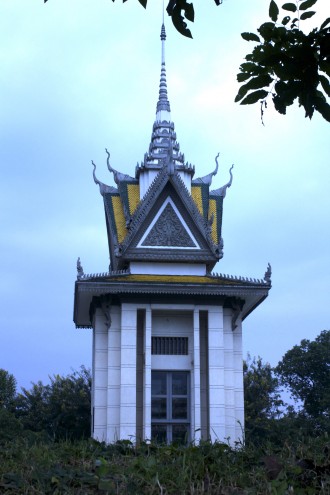 We were told that only 8 out of the more than 20,000 people brought here as prisoners had survived. They mostly kept artists… so they could paint the suffering they’d seen. Our team met one of them – now almost 80 years old. Most of his and the other paintings are too gruesome to post here.

In the center of the Choeung Ek Genocidal Center, a monument reaches high into the sky – concealing within it more skulls than I could count. I took off my hat and shoes as I entered. 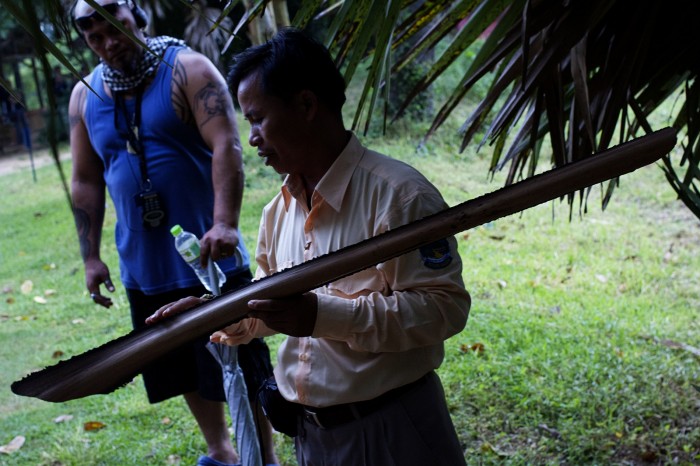 Surrounded by a stark, natural beauty of this land, I listened to the birds’ serene songs while a guide explained how the naturally sharp, hardened branches from the palm trees were used to slit throats and hack off heads. 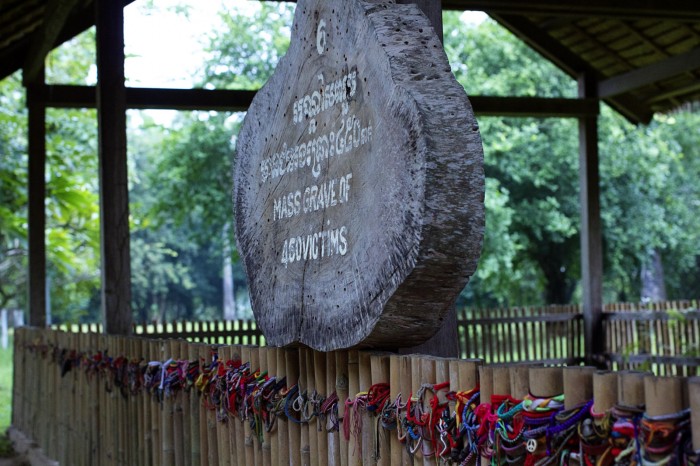 Many visitors leave colorful bracelets or even money on the mass graves as offerings.

Despite efforts to exhume and properly bury the thousands of bodies that were in these mass graves, bones and clothing fragments continue to come to the surface. On days like today when the torrential rains soak these once blood stained fields, we are painfully reminded of their suffering.

How do these people smile so beautifully? The population is predominantly young as the previous generation was snuffed out… Many still suffer from PTSD. Every soul in this exquisite nation has lost someone, if not their entire family. 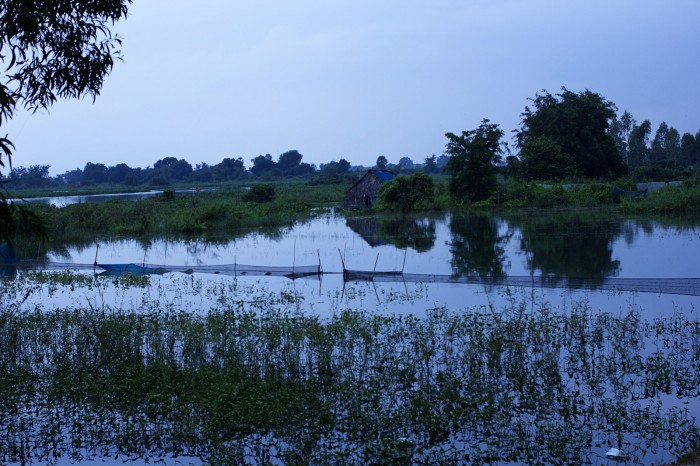 As hard as it is to imagine what could drive human beings to cause such death and pain, it’s not hard to see why God has brought our team here for these first 10 days of October Justice Awareness. We must see and understand the suffering these people have endured in order to know the importance of our work. We are now broken people, serving broken people. I hope your heart breaks with mine, so that together we can do justice.

**Tomorrow- Day 3 of October Justice Awareness we talk about poverty. We will be introducing a project that we can fund together to help a family that is living in extreme poverty.