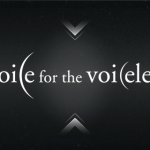 She was born hungry. The first thought she ever had was food. The skin on her face wrinkled in frustration at her mother’s dried up breast. She was unable to understand that her mother had no food to eat, either, she was too young to be told her country has no food. Another hungry newborn: malnutrition and food shortage her birthright.
She would soon learn that tears could change nothing, no matter how many she poured out onto the ground. They would not sufficiently water the drought-ridden land to bring forth fruit. Fruit to feed her hungry family. The energy she spent to cry would only leave her with greater pangs of hunger.

Her mother at first did not name her, believing she would die like so many other newborns. But she lived. So she was named Mara- “bitterness” for her life would be marked by a series of bitter rituals, rights of passage meant to measure her ability at survival. Her mother named her Mara, knowing her little body would need to fight against other invisible predators hungry for her starving flesh: malaria, anemia, tuberculosis.

Mara’s stomach is swollen and bloated by the final irony of starvation. Her empty stomach looks well fed, pushes itself out to the world as if it were full of food. At three years old, she is pregnant with the hope of eating. She laughs when she is told that there are children in the world who are not born hungry. Surely, she thinks, there are men and boys who do not starve, who are fed like the men and boys in her country.

But her mother insists that somewhere little girls do not starve, they eat three meals a day, smile and laugh regularly, and have energy left over to play. Girls who live in a land where there is food. Mara wonders what it would be like to see these strange girls, touch their chubby bellies, prod and poke in wonder that she cannot count each one of their ribs She dreams of those little girls at night, and the thought of their bodies frightens her.

This was taken from the 30 Days Of Prayer For The Voiceless prayer guide. It was the prayer for day 15, which is on starvation. Here are some of the prayer points:

1. Globally over 9 million people die each year from hunger and malnutrition. Reference

2. 6 million children under the age of 5 die each year from a hunger related cause. Every day, more than 16,000 children die-one child every 5 seconds. Reference

3. About 850 million people globally are malnourished; 799 million of them live in the developing world. More than 153 million of them are children under the age of 5. Reference

4. 54 nations currently do not produce enough food to feed their populations, nor can they afford to import the necessary commodities. Most of these countries are in sub-Saharan Africa.  Reference

This prayer guide was put out my my friends Paul and Suzie Childers. The book is beautifully illustrated with pictures that have captured the faces of the voiceless. If you are looking for a way to pray, a way to stay informed, a way to help others get informed please pick up one of these books.