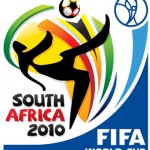 Today is Friday and equally important the opening day of the 2010 World Cup. 32 countries, 8 groups, one month and millions of viewers whose eyes are on S. Africa for one reason, goooooaaaaaaaallllllllll.

In all the glamor, glory, excitement and anticipation there is a place of horror, fear and reality in the area of human trafficking. It is estimated that 100,000 women will be trafficked into S. Africa during these games. Now it was estimated that 40,000 women would be trafficked into Germany in 2006, but that was not an actuality so chances are the 100,000 is not an actuality either. Regardless, if people are estimating 100,000 it is a real problem.

South Africa has a reputation for many things, one of those being a high infection rate of HIV/AIDS and human trafficking. During these games school is out and there are lots of young kids wondering the malls and streets at risk of being kidnapped and sold into the sex trade for soccer/sex tourists.

The other thing you can do is speak out. Send this post to others. Tell other others to pray. Look around the internet and find other sites that are addressing these issues. I am not asking that we boycot the world cup, I am just asking that we become aware of what is going on inside of it.

Check out the following video and as you watch it and celebrate life and sports pray for the lives that are being effected and stolen during these games. .