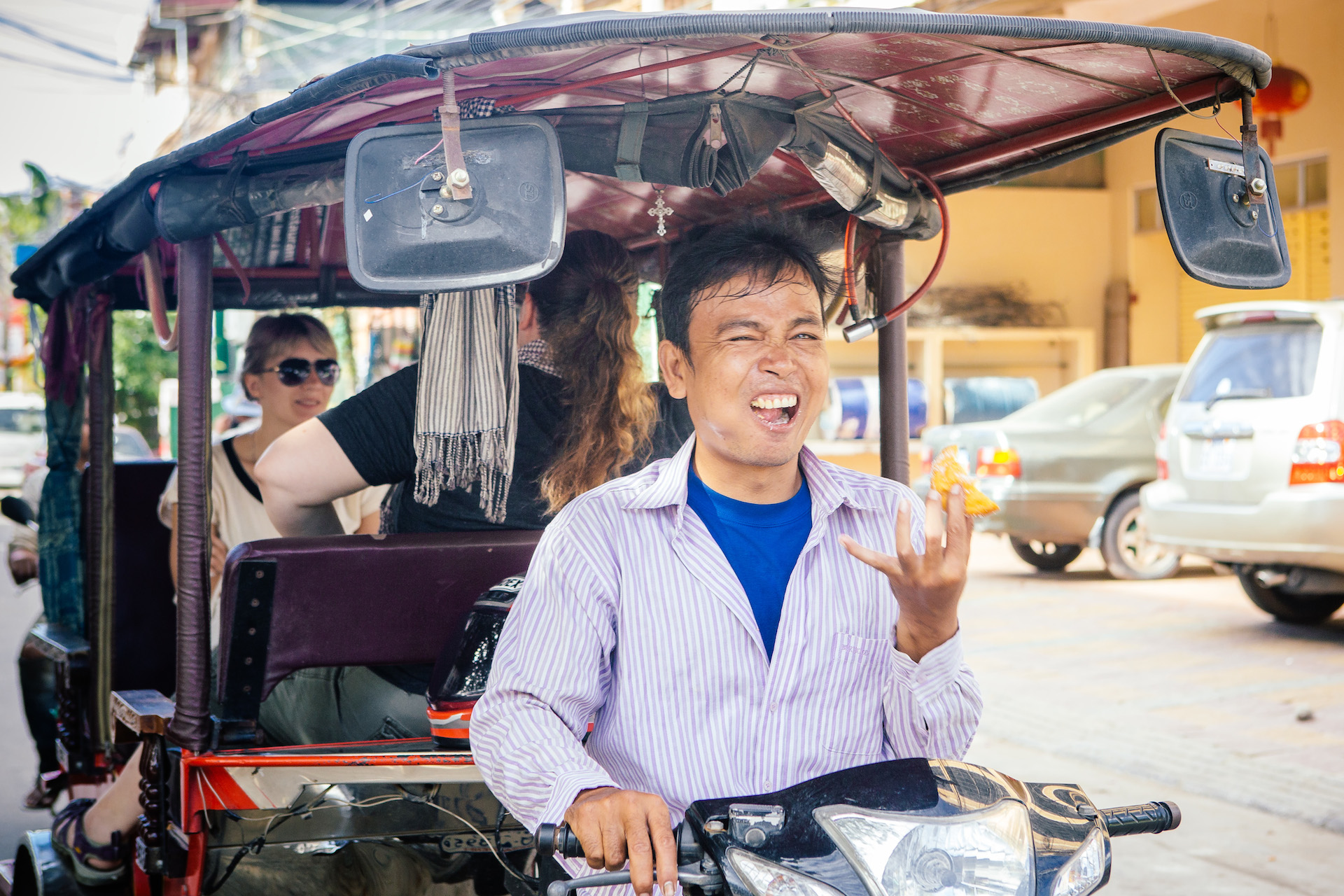 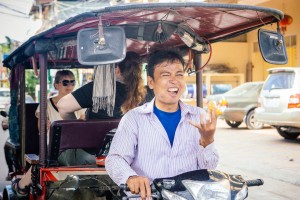 Each Friday from now until June we are going to be posting stories on Justice and Cambodia. This summer we are taking 2 teams to Phnom Penh and we would love you to come with us. All these stories come from Steps of Justice teams and individuals that went to Cambodia with us in past years. They are amazing truths of pain and healing both for the people of Cambodia and the individuals who went on journeys there.

From Arno- Friends with Steps of Justice

It’s Tuesday afternoon and the smell in the air is different with every breath. Phnom Penh, the capital city, is a symphony of vehicle horns, and urban aromas. Rotisserie chicken, french pastries, diesel fuel, durian fruit or sewage (frankly, it’s hard to tell) and the universal smell of burning trash fill the air. I’m barreling down a somewhat forgotten side street in a tuk-tuk which is, in essence, a golf cart pulled by a motorcycle, named after the sound it makes. Cambodia’s taxi.  A chorus of exuberant “hellos!” echo from the street corner. Cambodian children greeting me excitedly, an eighteen year old white kid on a tuk-tuk in passing. Cambodians are friendly, warm, and will take any chance to practice the extent of their English, even if it’s only a few words. My driver’s English name is Don.

Don loves Jesus—a lot. He lives with his sister in the city making (more or less) twenty dollars a day. His wife and his two children live 100km outside of Phnom Penh, in his village. He works here to pay the bills and put food on the table, only seeing his family maybe once every two weeks. We’ve become really good friends. He’s been a Christian for ten years now. I arrive at my destination—the YWAM base. I jump out of the tuk-tuk, “thanks Don, see you tomorrow.” I say that as I’m slinging my backpack over my shoulder. “Wait.” He stops me. “Do you want to go eat breakfast tomorrow morning?” Tomorrow is my day off, Wednesday.

That first breakfast with Don was great. We took a three minute walk around the corner to a place called “Nyam Café” which in Khmer literally means, “Eat Coffee.” Don’s English is good, my Khmer is terrible, but he was a gracious teacher. That first breakfast, Don shared with me his testimony, his vision, and his vocabulary. He wants to see his friends get saved, his tuk-tuk driving friends.

“Maybe…” he says, “I invite other drivers next week?”

The second week we had breakfast, a driver named Poo (yes), tagged along. After talking and asking him about any reservations or preconceived notions he had about Christianity, he said he was no longer nervous or hesitant and that he was ready to take the next step. Poo got saved in the middle of that bustling cafe, that breakfast, over that second chicken and rice; Don, praying and beaming quietly beside me. He had fish and porridge.

The fourth week, I invited my leader Jeremy to tag along. There’s six Tuk-Tuk drivers sitting in front of us, including Don. One of the churches we were working with was doing a baptism at the lake that Saturday. We spoke a little bit about baptism, what it meant symbolically, went through the usual ritual of questions, and then on to prayer requests. By the end of that fourth chicken and rice all five of the tuk-tuk drivers there made the decision to commit to Christ and join the baptism that Saturday.

For some of these men it was simply the answer to a question they’ve been hesitant to ask, like “do christians give food offering to their God, like we do to Buddha?” or “if I see a pretty girl on the street, and I want to make her my wife, does God hate me?”  was all they needed. These guys are well into their twenties, thirties, and forties. Me, I’m just some eighteen year old white kid. I had absolutely no idea what to say, but the Holy Spirit came through, and God spoke through us with what he wanted to say to these men.

At the fifth and final breakfast (four days before we left) when we asked for questions, they changed. Many of them asked, “why do we feel so free after being baptized?” and “I had a dream where I was flying in heaven with the Lord, what does this mean?” It was incredible to see the Lord work in the ways he did. Be bold in your faith. God works in the most mysterious, and often unlikely ways.

For more info on Cambodia check out the Matthew 25 outreach page.