This is a long post, but it is worth the read and reflection. It was written by my good friend Craig McClurg who blogs here and Twitters @cmcclurg. Craig and I were in Vegas last week for some Mission Adventures meetings. Check out his post on our time. 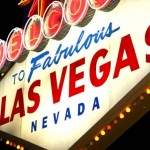 I spent three days this week in Las Vegas with a group of Mission Adventures leaders from across the continent. Eight of us shared, prayed and planned for the future of the Mission Adventures ministry in North America. We were hosted by Rich and Sam from YWAM Las Vegas. We stayed at their excellent facility north of the Strip. It’s less than seven miles from the MGM Grand, but it might as well be in another world. Where the strip is marked by neon lights, fabulous fountains, and luxurious living, YWAM Las Vegas’ neighborhood is poor and blighted. It’s marked by vacant lots, boarded windows, and empty-eyed streetwalkers. Amazingly, the team of YWAMers there are thriving. They serve more than 4,000 poor and homeless who come through their doors each year.

Just after dark on Tuesday night, Sam and Rich led us on a tour of the strip that I would like to forget. Most tours of Vegas talk about how much it cost to build the latest hotel, and how many visitors come through and how much money people put in the slot machines. It’s about excess and the hope of being the lucky one to strike it rich. This tour was more sobering. We learned that even though Las Vegas is landlocked and hundreds of miles from the nearest international border, it is an epicenter for human trafficking. Our hosts relayed to us that many of those that are trafficked are brought in to be cheap labor. It’s easy to imagine that Las Vegas would have an incredible gravitational pull for constructions workers. This report from the Ophidian Research Institute gives a broad overview of the issues surrounding trafficking. (171KB PDF).

Of course, Las Vegas is famous for more than just over-the-top construction projects. Even though it’s illegal within the city limits, prostitution is rampant. On any given night, up to 30,000 prostitutes are working. Our guides quoted estimates that as many as 8,000 are under the age of 18. We were told that when the big conventions are in town, more sex workers are brought in from outside the city. This 2008 report from Fox News is particularly disturbing:

More than 400 children were found working as prostitutes in Las Vegas during a single month last year, according to a national report that calls the city a hub for child sex trafficking. Click here to read the rest of the article. I wonder how many were working, but not found.

While Las Vegas doesn’t have a Red Light District per se, some areas are worse than others. Not far off the glitzy strip are light industrial buildings housing cheap strip joints and massage parlors with blacked out windows advertising happy endings. We even saw a huge billboard blatantly offering cash for those willing to perform sexual acts on camera.

Right on Las Vegas Boulevard, among the pretty fountains and glossy facades, there’s pornography and easy access to prostitution. Just a few steps from the front lobbies of the famous hotels are newspaper boxes filled with advertisements for prostitutes. We were told that there are more than 130 pages of ads for “entertainers” in the local phone book. A quick google search for “massage Las Vegas” yields about 4,590,000 results and a map that looks like the one below. I’m sure that at least some of these are legitimate spa treatments, but the vast majority of ads are explicit.

Every block on this famous strip there are men and women with provocative sayings on their brightly colored tee shirts flipping stacks of pornographic postcards and pamphlets. Typically they’re just a photo and a phone number. Our guides shared with us that these are photos of college students who are paid up to $500 to pose. They earn more depending on what they’re willing to do on camera.

Our guides shared with us a heartbreaking story about a seventeen year old that we’ll call “Sarah.” Sarah is a local girl known to our YWAM staff in Las Vegas. After having a conflict with her mom, Sarah decided that she’d disobey by attending a party on the strip. At the party she was drinking and met a guy and ended up staying the night and having sex with him. The next day, he invited her to Los Angeles to meet his family. The last thing she remembered was that he gave her something to drink… She woke up somewhere in Louisiana. Over the next weeks she was ‘broken in’ and suffered the life of a teenage prostitute. Somehow, by the grace of God, she was abandoned at the entrance to an Los Angeles county hospital—most likely because her handlers thought she may die of an overdose.

Some might say that if we legalize prostitution and have tighter border controls, the ugly business of trafficking and teenage prostitution will go away. The history of Europe’s sin city tells us a different story:

Prostitution is legal in Amsterdam, for better or worse, but most of the prostitutes are working illegally. Because the Netherlands does not issue work visas for prostitution, only European citizens are supposed to work in the sex industry. However, prostitutes travel (often with their expenses paid by a pimp) from Africa, Eastern Europe and Asia to work in Amsterdam’s red light district. Approximately 80% of the prostitutes in Amsterdam are not EU citizens, and many of them are victims of human trafficking. In 1960, though,  95% of prostitutes in the Netherlands were Dutch, and human trafficking wasn’t on the radar. And, of course, before the EU, borders were less open and travel within Europe (perhaps with prostitutes in tow) was more difficult. Today, domestic trafficking accounts for only one fourth of the number of victims; the rest come from overseas. Click here to read the rest of the article.

Wikipedia puts it this way:

When the Dutch government legalized prostitution in 2000, it was to protect the women by giving them work permits, but authorities now fear that this business is out of control: “We’ve realized this is no longer about small-scale entrepreneurs, but that big crime organizations are involved here in trafficking women, drugs, killings and other criminal activities”, said Job Cohen, the former mayor of Amsterdam.[3] Recently, officials have noticed an increase in violence centered on this irregular industry, and have blamed this increase on the illegal immigration of individuals into Amsterdam to participate in the sex industry: “The guys from Eastern Europe bring in young and frightened women; they threaten them and beat them”, said a resident of De Wallen.[3] Prostitution has remained connected to criminal activities, which has led the authorities to take several measures, including detailed plans to help the prostitutes quit the sex trade and find other professions. Click here to read the rest of the article.

Thankfully, Amsterdam officials are reducing the Red Light district and trying to protect those in the industry. In 2006 they shut down about 30 brothels. The following year they reduced the number of available ‘windows’ by 33%. The windows were reduced again by 50% in 2008. In addition, marijuana and sex clubs have been closed. While this may be a pragmatic response by a government intending to exert control over an out-of-control industry, we see it as hope that the same thing can happen in Las Vegas.

Our friends and coworkers at YWAM Las Vegas are launching a new initiative to bring light in this darkest of places. It’s called The Abolitionist Discipleship Training School. It’s designed to raise awareness and train new missionaries that can make a difference. Generations ago,Wilberforce stood against the tide and changed the world. Now it’s our turn. If you’re at all interested, let’s finish what Wilberforce started and put an end to slavery and trafficking.