“Probably our biggest highlight happened in the last week of our time in Cambodia. It came about through our work with a children-at-risk ministry in a relocated slum outside of Phnom Penh. We have worked with these guys with our Mission Adventures teams over the last several years, and have always been touched by the difficulties that families face with housing. In some cases, 40 families are living in a structure no bigger than a double garage. However, while we were there, 11 families – after four years of waiting – received a 6x7m plot of land from the government, and as it would happen, the majority of these families are part of a Bible study group who have been praying specifically for land for more than one year. While this was great news, the families were still unable to afford to build a house, so they constructed what they could out of bamboo, tarps and old pieces of iron, and moved in. So Wade had the thought, what if we could build a house? The week that followed was probably one of the busiest of our lives, with plans drawn up, money donated overnight from a business in NZ, multiple shopping trips with our tuktuk driver/translator, and a four-day build in 35 degree heat, assisted by an awesome team from the new YWAM Steps of Justice ministry. Finally, at 6pm on the evening before we flew home, we were able to hand the keys of a new 4x5m wooden house over to the family of mum, dad and three boys. And of course, we will be back in the future to continue partnering with the children-at-risk ministry in building more houses.” 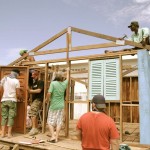 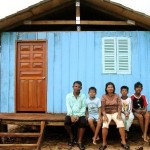 Above is a picture of the family with their new house, the pic to the left is their old house.

A few days ago I received an email from Tim, a Cambodian who works with Children at Risk near Phnom Penh. Tim and his wife were very influential in the house being built while we were in Cambodia August 2011. Here is his email.

“So exciting to hear that we will already be seeing some of you again soon!!! Our team is very excited and your team still continues to walk beside us (Gordon and Vanessa support our Kid’s Club and sponsor two school students) as well as follow us in prayer! So cool to see the fruit from your last trip…as the house building has continued as well!!! We’ve been able to build 7 more houses!!! We have 2 more in the same neighborhood (which we were thinking about for your trip?) and 2 more in the community. Here are some pics from a few houses we built. All of the neighbors said we should put up a street sign that says, Street of Hope! Wouldn’t that be awesome! This was definitely a highlight for us last year as we had a rough first part of the year but ended with glorious HALLELUJAH!:) Thanks guys, for helping make that happen! Looking forward to seeing you again soon!” – Tim and Mel 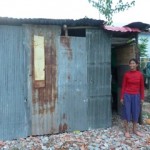 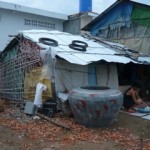 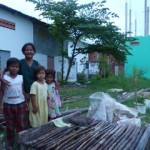 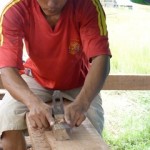 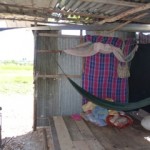 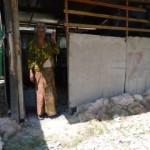 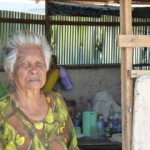 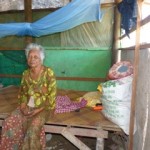 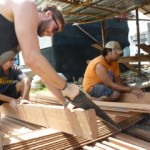 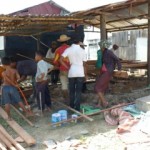 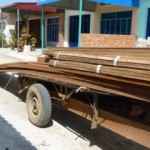 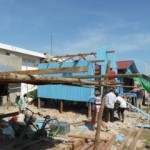 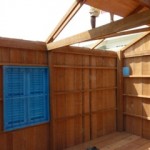 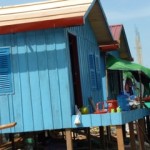 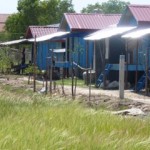 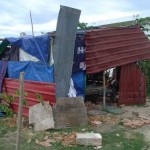 Above are some pictures that Tim and Mel took of the houses being built.

We would love it if you would come with us this June or August to Cambodia for our 2012 Steps of Justice trip and meet these people, help build more homes and bring more hope to Hope Street.

Phil and the Steps of Justice team.

For more info, or to start the sign up process go here.