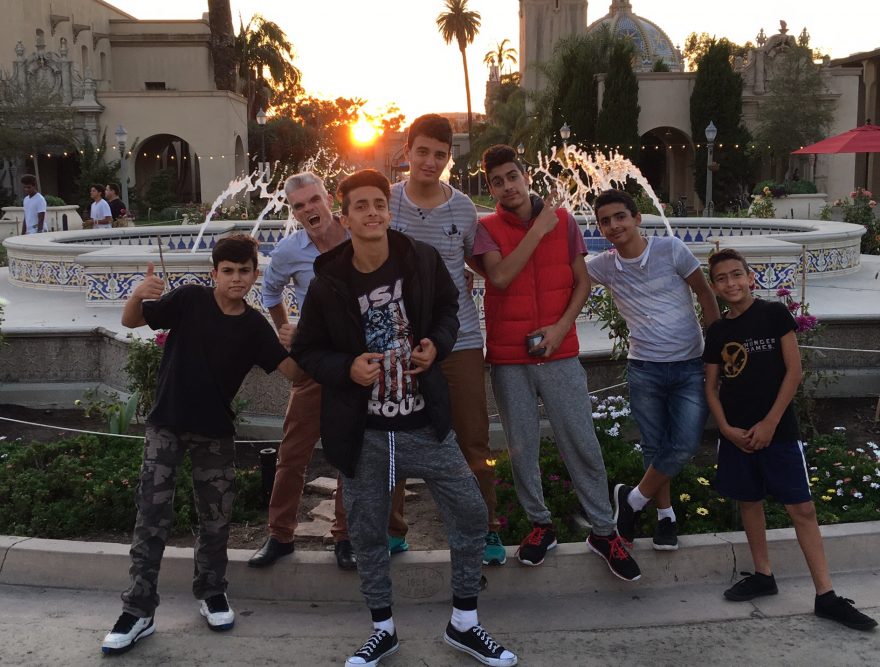 Over the past 30 days we have been looking at the Syria refugee crisis. We have heard stories from refugees, been educated in what a refugee is, and met heroes who have responded to the refugee crisis by meeting needs, both practically, emotionally.  Today we are asking for a response from you. We don’t need anymore likes, or shares, we need donations for the work that we (Steps of Justice) are doing in San Diego with the refugee community.

Give to Friends of Syria.

It all began for us in July of 2016. A few of our friends in San Diego hosted a Welcome to San Diego party for Syrian refugees who had recently come to the city. There were approximately 100 Syrians at the picnic, along with 90 volunteers. There was no agenda, there was no order of service, there were no speeches or teachings, just a good old fashioned BBQ at the beach. We cooked over 70lbs of chicken and beef, had tables full of salad and coolers filled with water, juice and soda.

We hung a huge sign that said “Welcome to San Diego” and spent five hours getting to know our new neighbors. It was such a beautiful time; and the first time I (Phil Cunningham) had met a Syrian family. Before that day, the only time I had seen a Syrian was in the news. Pictures of grief, death, and destruction covered the Internet and my newsfeed. Images of the horror the Syrian people were facing were everywhere I looked. Then, on a beautiful afternoon in July, a bunch of us got to spend time eating a meal with these people on a beach in San Diego. One Syrian said ,“This is the best day of my life.” Another said, “we feel so welcomed into San Diego as a result of this day.” This is what I believe Jesus meant when he said “love your neighbor as yourself” (Mark 12:31).

Over the next month, Steps of Justice, Bridge Builders Network and a few other organizations ran hope camps for our new neighbors. Three Saturdays a month we meet at a local park with approx. 40 kids aged 6-14. We played games, had small group time and read stories and passages from the Bible. Our goal was to show the love of Jesus to these kids and families by being present in their lives. Once a month, during that time we hosted a meal for all the families.

In December of 2016 we had a Christmas party for our Syrian neighbors. There were over 100 Syrians there, as well as over 100 volunteers. Then, just this past fall, 2017, we had another picnic with over 400 people celebrating the relationship between Syrians and Americans. It is so great to be a part of something that looks so much like Jesus.

Each week a group of us hang out with Syrian boy’s. We go to parks, play games, eat food and play hard. It is such a great time for these boy’s, to be able to be themselves, be safe and spend time with adults (other than their parents or teachers) who care for them, and want them to succeed. In the spring and summer we plan to run bigger events for these boy’s, including:

We are doing this to continue building relationship, integrating our Syrian friends into American culture, and showing them the love of Jesus, through our acts, words and lives. All of these things cost money, and this is where you come in. Please consider a one time donation, or monthly donation to the work that we are doing. Could you take a moment right now to pray and ask God if you should give, and how much? We are looking for donations of $50, $100 or $150, either one time or monthly. It is so easy to respond, and you can do that below, by clicking on the link, and choosing “Friends of Syria.” Peace.

Give to Friends of Syria.