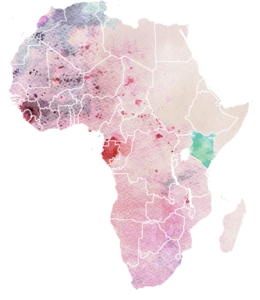 Poverty. Poor sanitation. Sub-par education. Hunger. Sexual abuse—Women are most often at the brunt of these issues in Kenya. Many families are led by single women who are forced to live in the slums to afford rent. These women often seek day labor jobs and make less than $1.50 per day—barely enough to feed one person, let alone a family with children.

Despite these challenges Kenyan women have a shown incredible resilience. We found that when a woman is given opportunities for education and entrepreneurship, she regains a sense of dignity and in turn, invest resources into her family in hopes of breaking out of the cycle of poverty.

After the production of a short documentary film, While Women Weep , founder Nikole Lim formed Freely in Hope to combat against the issues of poverty oppressing women such as sexual abuse, lack of educational opportunities and forced labor. By providing women opportunities for education, entrepreneurship and counseling, we strive to uplift women out of poverty and decrease the vulnerabilities of sexual abuse.

Freely in Hope is dedicated to restoring justice, dignity and hope by liberating women and their families from the bondages of poverty. Our vision is for women worldwide to experience God’s transformative love by living freely in Hope.

Check out Freely In Hope here and also see how you can support them through Sevenly’s t-shirt campaign.